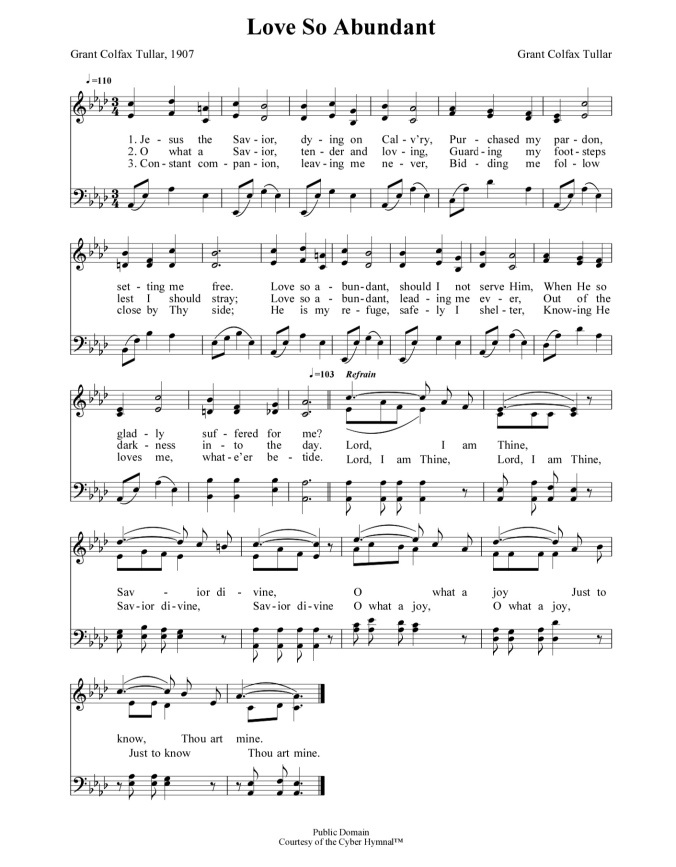 Grant Colfax Tullar was named after the American president and vice-president, Ulysses S. Grant & Schuyler Colfax. His father was unable to work, having been wounded in the American civil war Battle of Antietam. So, after Tullar’s mother died when he was two years old, the family split up. Grant had no settled home after that day until he became an adult.

As a child, he worked in a woolen mill and as a shoe clerk, and received virtually no education or religious training. He came to Christ at age 19 at a camp meeting near Waterbury, Connecticut. He then attended the Hackettstown Academy in New Jersey. Ordained a Methodist minister, he pastored for a short time in Dover, Delaware, then became a full time evangelist. In 1893, he and Isaac Meredith founded the Tullar-Meredith music publishing house in New York. His works include:

Heart2Heart Ministry is not affiliated with any other organization, we are supported only by individual donations.  If you would like to be a part of the work of this ministry we would welcome your gift of any size.